Campaign: Not a Game, Covenant House

In an effort to raise awareness about sex trafficking – and the susceptibility of homeless kids – Covenant House wanted to create a cultivation campaign around the Super Bowl, one of the nation's largest marketplaces for human trafficking.

We developed an interactive microsite called "Not a Game" to expose the dark underbelly of this popular sporting event and highlight the need for Americans to take a stand against human trafficking in general.

The fully responsive, single-page site was broken down into four frames, leading the user to our main goal: collecting new email addresses and growing the client's list.

Introduced to the site with a shocking statement, "Sex trafficking is as American as football," the viewer was then guided through an explanation of sex trafficking, its relation to the Super Bowl, and the susceptibility of homeless kids.

Below, graphics depicting shocking facts and statistics about sex trafficking – as well as quotes from real victims – could be shared via social media. 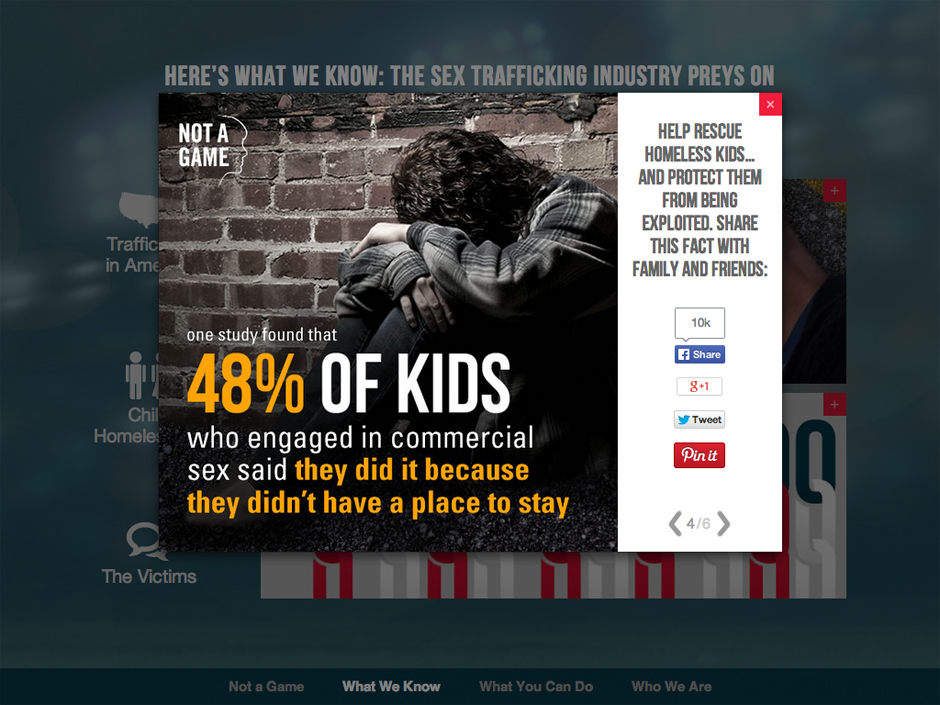